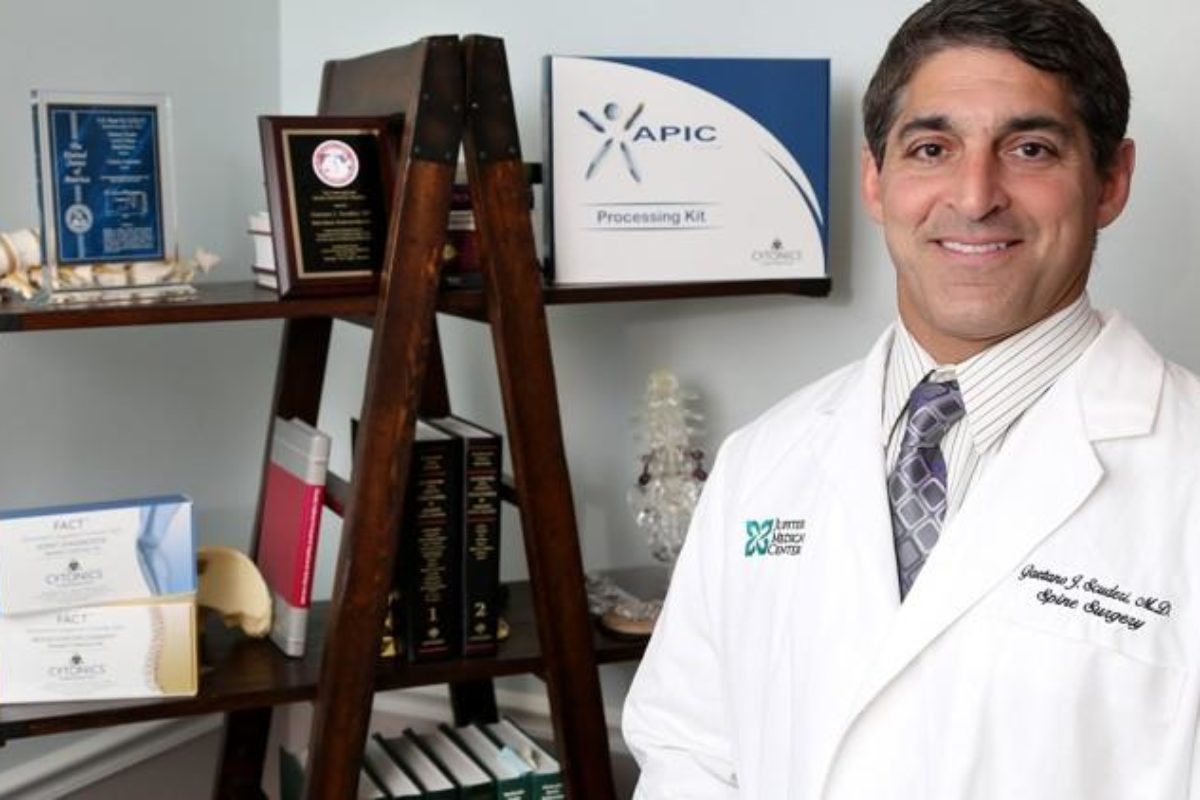 A brush with mortality launched Dr. Gaetano Scuderi’s career as a biotech entrepreneur.

Scuderi was a prosperous orthopedic surgeon when he wrecked his motorcycle in Miami-Dade County in 2001. As he merged onto Interstate 95 on his Ducati, Scuderi saw a motorcycle escort for a funeral procession blocking his path by standing on the on-ramp.

“I could either hit him or lay the thing down,” Scuderi said. “I had no choice.”

The accident left the surgeon with two broken hands. Unable to operate for nearly seven years, Scuderi turned his attention to Cytonics, a Jupiter-based company that markets treatments for arthritis.

Scuderi sees a potential blockbuster in using a protein known as alpha-2-macroglobulin, or A2M, to stop the progress of arthritis. Cytonics injects A2M, which occurs naturally in the blood, into a deteriorating knee to stop inflammation and neutralize the chemicals that break down joints.

“We can completely stop arthritis,” Scuderi said. “Everyone is going to be getting A2M therapy. It’s an anti-aging therapy for your joints.”

For now, though, Cytonics’ treatment isn’t reimbursed by insurance, making it a cash-only product.

“Only rich people have access to it, which bums me out,” Scuderi said.

Scuderi, 53, said he grew up poor in New York, a background that gives him empathy for patients who can’t afford the latest medical advances.

In an attempt to persuade insurers to cover A2m, Cytonics is investing $3 million in a double-blind study in human patients. If the biotech company wins FDA approval, demand for the product could explode, Scuderi said.

“This is going to be worth billions,” Scuderi said. “This is my lottery ticket.”

If Scuderi cashes in, the town of Jupiter will share in the riches. Cytonics gave a small stake to Jupiter in exchange for a $535,000 loan from the town’s biotech fund.

Scuderi already has cashed in on Cytonics once, selling the company for $11 million in a deal with DePuy Synthes. After DePuy Synthes was itself bought by Johnson & Johnson, Scuderi bought the company back.

While Scuderi’s three-employee company is based in Jupiter, he’s not sure he’ll be able to keep the company here if it succeeds.

“There’s not a lot of depth of good scientists,” Scuderi said.

During Scuderi’s medical leave from surgery, he spent time as a professor at the Stanford University School of Medicine — a stint that showed him he’d have access to more resources in Silicon Valley than in South Florida.

Meanwhile, Scuderi said he no longer rides his Ducati.

“My wife made me sell it,” Scuderi said.